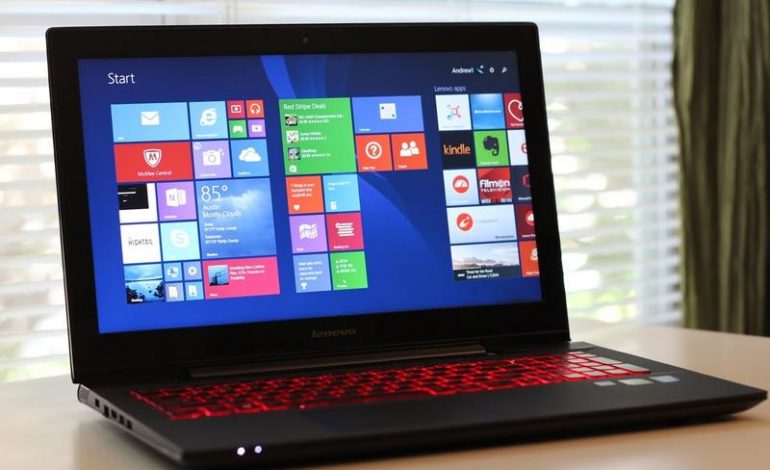 The Chinese started out with its legend group and finally the birth of Lenovo happened in 2003. And until today Lenovo has promised in delivering the world its best business-friendly and splendid gaming laptops and desktops for an affordable price. And as this year’s talk of the sharp look and feel of the 4k display has once again amazed humanity at what they look in a TV or a monitor. So Lenovo meets its 4k display with its launch of the Y50 laptop. In short it’s a hi-feature pack gaming laptop with an astonishing 4k resolution and touchscreen, betterinbuilt graphics and comes at an excellent price worthy for its specs.

The design and look of the Y50 is eye-catching as it has this bold look from its brushed black metal over the entire body forged in dark red shades. And one of the best looks of it would be its deep red backlit keyboard in the midst of the dark black metal. When we get to specs part of it , the Y50 has a 15.6-inch, 3840×2160 touchscreen with a 2.4GHz i7 processor and a memory of 16GB, it isn’t over yet coz it also is packed with a 2GB Nvidia Geforce GTX 860M, that’s gonna boost up any new games onboard in 2015.

So if you’re just looking to do some high-end gaming in a mid-size laptop that also works for everyday use with a 4K display, The Y50 Touch is the one for it.

Having said that one of the major drawbacks of the Y50 is that the 4K display looks much better than its older 1080p, but the mid-level Nvidia 860M GPU can’t actually play most games at 4K resolution. Likewise since 4k has just entered our era finding 4k videos is scarce yet viewing regular HD videos still looks better on this display.

On the overall I would suggest the Y50 being a powerful system for everyday use as it’s packed with speed, Hi-end resolution, and supports top notch games. Launching the Y50, Lenovo has yet again stood by its motto “For Those Who Do”.