Things are certainly different than they used to be. We are more plugged in than ever before. Most of us have our smart phones and tablets within arms reach at all times. These days? Turning off our electronic devices is a foreign concept. They are always there…as a constant source of entertainment and information. No wonder IOS and Android apps continue to thrill users. There are games, puzzles, quizzes, organizational tools, and everything in between. Here are a few of the most popular IOS and Android apps. Consider downloading them on your own device.

Pokemon Go. It has taken over the world. Without a doubt, it’s on track to be the most downloaded app this year, and it was just released this month. The interactive game allows users to collect Pokemon characters – and see them in the real world. This augmented reality has sparked a frenzy of excitement from gamers and tech lovers alike. (Not to mention the hoards of young people who are downright obsessed with the game.) Its release has completely taken over the app store. There seems to be no end in sight for Pokemon Go.

Candy Crush Saga. There is one mobile game that continues to dominate. Candy Crush Saga is a seriously addicting game. Millions of people have downloaded the matching game – desperate to level up and beat their high score. No wonder it cost $5.9 billion dollars for Activision to buy out King, the developer company. One thing is certain. Candy Crush Saga is not going anywhere. People simply love to play it.

Clash Of Clans. Have you downloaded it yet? If not, you are missing out. Clash of Clans is a multi-player game that requires a fair amount of strategic thinking. Players can build a community, train their troops, attack other players, and upgrade their clan. Another great option is Clash Royale. Designed by the same company, Clash Royale ranks players by their level and arena. It also makes use of Clash Royale Gems. Whichever game you choose to play, every second will be thrilling.

What are you waiting for? There are tons of fantastic IOS and Android apps to download. These are three popular options…. but there is a whole world of entertainment within your reach. Pick up your smart phone and see what you uncover. 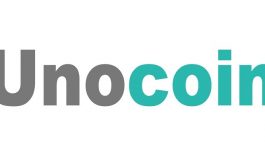 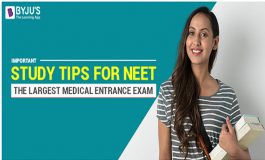 Your Writing, Your Look

Feb 27th, 2017172162
Anyone who writes or blogs online for a living knows that they need to cultivate a certain style to appeal to...